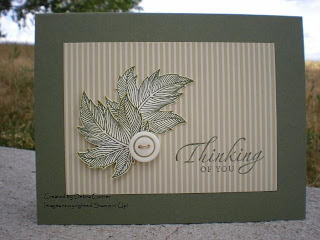 Good Monday morning everyone! And happy August! I hope that you all had a super weekend! Ours was SUPER busy! Saturday was day one of the basketball tournament and we played three games. We won two out of the three and that seeded us second. Yesterday the #1 and #4 teams played and the #2 (us) and #3 teams played. We won that game so we played the #1 team for the championship. And... We won!!! The boys were so excited to get first place! We only had two practices but these boys sure "gelled" together and really were able to pick up on the plays that the coach showed them. It was SO much fun!! So right after they got their medals and a few pictures we "jetted" out to take Nick to camp which was a 3 hour drive. Yes, we were late but we called to tell them and it ended up not being too big of a deal. Nick found his buddy and I am sure all is well. Although I am still worrying and I look forward to hearing all about his adventures when we pick him on Friday. So we got home about 9:30 last night and we were ever so grateful to fall into bed and go to sleep!
Today's card is one that I really like and enjoyed making. I got the layout idea from a CTMH book. It truly is super simple! And there isn't much to it. The color coach told me that River Rock and Always Artichoke are a dynamic duo which means they coordinate for a monochromatic color scheme. And I have to say that I really like these two together! Thanks for stopping by and have a super day!
Card Recipe: Stamps- Autumn Splendor, Sincere Salutations; Paper- Always Artichoke, Very Vanilla, Neutrals designer paper pack; Ink- Always Artichoke; Accessories- Neutrals buttons, linen thread, dimensionals
Posted by Deb at 7:53 AM