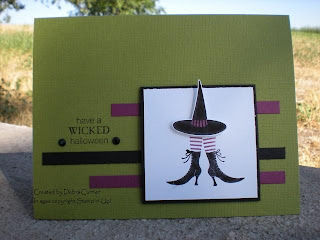 Good Monday morning, Friends! It is the FIRST day of school here and I have just sent my son down the driveway to catch the bus to school. This year he went from a private school (where I used to teach) to a public school and riding the bus. So we debated about me driving him to school and all but then I decided he just needed to get into it by riding the bus. Well, he gets down to the end of the driveway where he meets up with the neighbor kids (her son is in Nick's class) and she is going to be driving the kids to school. So they ask Nick if he would like to ride with them! Ha! The joke is on me. I could have driven him but I said no, ride the bus. Oh well. At least he will be with a friend from the start and won't be too nervous. I think I am the one more nervous! I can't wait to hear about his day!
So we got back from Colorado Springs yesterday evening. We had a soccer tournament. And boy was it FUN! I am not sure what all age groups were there but there were 24 fields!!! It was HUGE! They played at the Air Force Academy. It was so beautiful there! Nick wanted to take a tour of the place. We might have to do that someday... Anyway, the boys did pretty good for their first official tournament! They lost their first game 3-2, won their second game 4-1 and then lost their third game 4-2. This next weekend we will be in Denver to kick off our regular season.
So today's card is from a layout at CPS. I really like this sketch and plan to use it more often! And there are some really great samples made with this sketch on their blog. Be sure to check it out. And this is my favorite Halloween set! Very easy and fun! Thanks for stopping by and have a super day!
Card Recipe: Stamps- Wicked Cool; Paper- Old Olive, Rich Razzleberry, Basic Black, Whisper White; Ink- Rich Razzleberry, Basic Black; Accessories- black flourish designer jewels, dimensionals
Posted by Deb at 8:22 AM