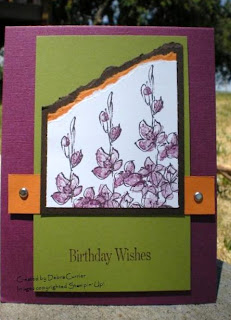 Good Friday morning, Friends! The weekend is here! Nick finally slept in his own bed for the first time last night! He had been away from home since Sunday. Even he said he was looking forward to that. But I know that he had a great time all week! Yesterday I took him school supply shopping after I picked him up from the birthday party. He wasn't sure that he was ready for that but I wanted to get it done early. He is excited about all his new stuff but he told me he is still not ready for school to start. Don't blame him for that. He still has some summer left. Anyway, when we got home, he had to put everything in his new backpack. And then he showed me where he put all his supplies and everything. Then he went back upstairs to watch t.v. After a while I went upstairs and there he was in the chair with his backpack on asleep!! Poor kid! I don't blame him! He has been going FULL speed all week long! It finally caught up to him. So I had him lay on the couch and he took about a two hour nap. I think he will sleep in and then all will be well!

Today's card was inspired by the card on page 64 of the new catalog. I am not in love with this one like I have been with the others. I picked this color combination from the new color coach and it's o.k. but not my favorite. The card was easy and very versatile. Not much else to say about it. Get your catalog out and give it a try! Thanks for stopping by and have a super day!