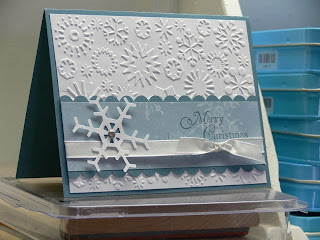 Good Sunday morning everyone! Well, my volleyball season is officially over!! Ahhhh! Now it's back to the normal kind of crazy. Let me tell you what happened yesterday (so sorry if you don't want to know lol). Our school has two teams. The 'A' team which is made up of 7th and 8th graders who have played for at least one year (most of them two). Then there is the 'B' team which is made up mostly of 6th graders and for most of them it is their first year. So, with two teams there are two coaches (although I do not like being called a coach, I am just a 'helper'). Because of how the two teams placed and and the results of their pre-tournament games, both teams had to play at the same time yesterday. Guess what that meant? Yep! I had to coach. Well, I took over the 'B' team. I cannot even begin to describe how well they played!! It was so exciting!! They beat the top two teams in two games to go to the championship!! That's right! We went undefeated to the last game. Then things turned around. And, while I really hate to lose, I can't complain about how well they did. We ended up taking 2nd in the tournament and third in the season! It was so exciting!!

O.k. enough about that. On to the card. This is a card I did a while ago. In fact, I think that there is another card that is very close to this one. I actually used printed paper from Close To My Heart. I had gotten these really cool embossing folders and wanted to try them out. Now that I have my way cool Big Shot I can use some of these things. It's pretty self-explanatory and simple. I hope that it inspires you! Have a great day!!